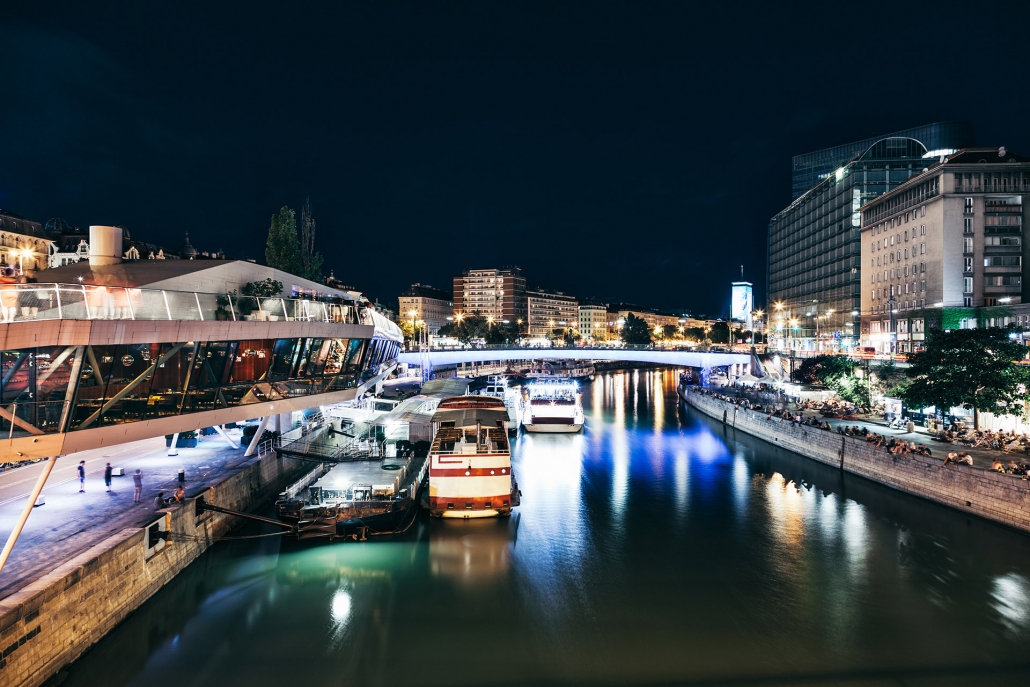 Austria, and here especially Vienna, is becoming increasingly renowned for international cuisine, offbeat restaurants, small boutiques and, last but not least, an exciting nightlife. Vienna is a city with many facets, offering numerous locations where people head to dance, eat and drink. Babenberger and Albertina Passage, Volksgarten, Flex, Grelle Forelle, Säulenhalle, Platzhirsch, WUK, Jazzland, Porgy and Bess… – in recent years, a lively club scene has grown up in the city, which is not only characterised by electronic music and parties with DJs, but also by live music being played in many clubs. Also, the city’s scene meets to chill, hang-out and party in coffee houses, bistros, former cinemas and other trendy haunts. Whether summer or winter – there is always something happening in Vienna.