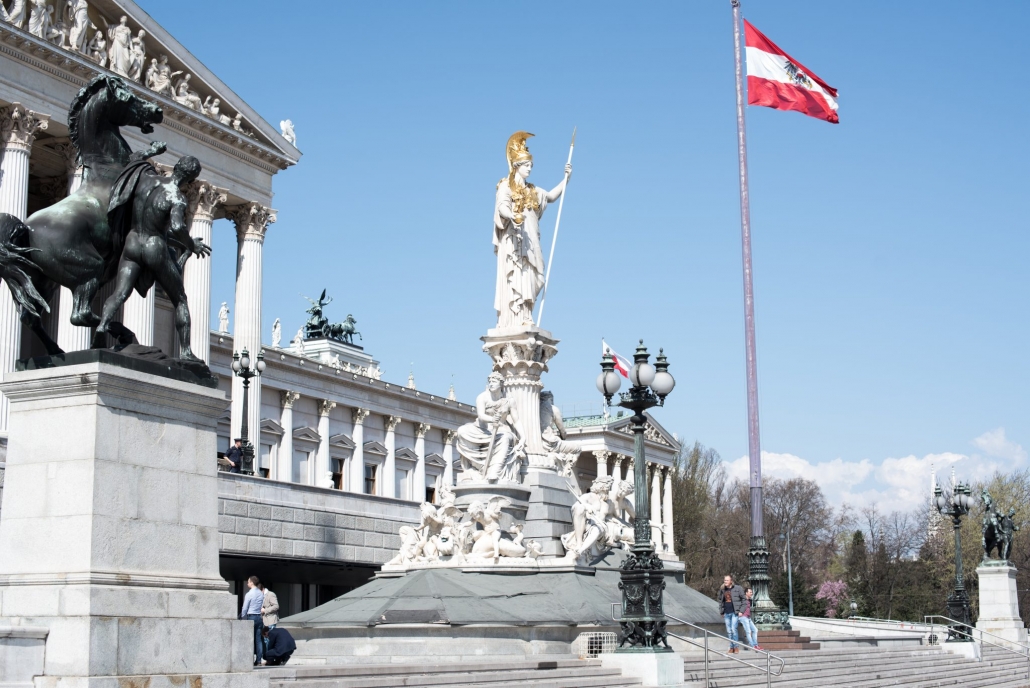 Since the dissolution of the Austro-Hungarian monarchy in 1918, there have been two major eras of Austria’s governance: The First Republic (1918–1938) and the Second Republic (1945–present). The period between 1938 and 1945 is characterised by Austria’s temporary incorporation into Nazi Germany.

The current government of Austria is a coalition government formed by the center-right Austrian People’s Party (ÖVP) and the far-right Freedom Party of Austria (FPÖ). It was appointed on 18 December 2017 by Federal President Alexander Van der Bellen. A coalition government is formed when no party on its own achieves a clear majority in a parliamentary election.

The Federal President of Austria is the supreme representative of the state. The president represents the Republic of Austria abroad, serves as Supreme Commander of the Austrian Armed Forces, appoints the Federal Government as well as high-ranking officials of the provinces, and is responsible for the execution of international agreements.

The legislative body of Austria is the Parliament, which consists of two houses, the National Council (Nationalrat) and the Federal Council (Bundesrat). The Federal Government is headed by the elected Federal Chancellor, currently Sebastian Kurz, who conducts governmental affairs with the assistance of the Vice-Chancellor, federal cabinet ministers and state undersecretaries.